For the first week's assignment ("make a 3d scanner"), Manuela and I decided to scan and render an apple, taking two approaches.

We cut an apple in half, put it in a container, and covered it with milk in layers as tall as a sheet of acrylic that we planned to use to reconstruct it later. Of course this was a serious scientific experiment, and as you can see in the photos we marked registration points, measured the layers of milk, and made sure that the table was level. 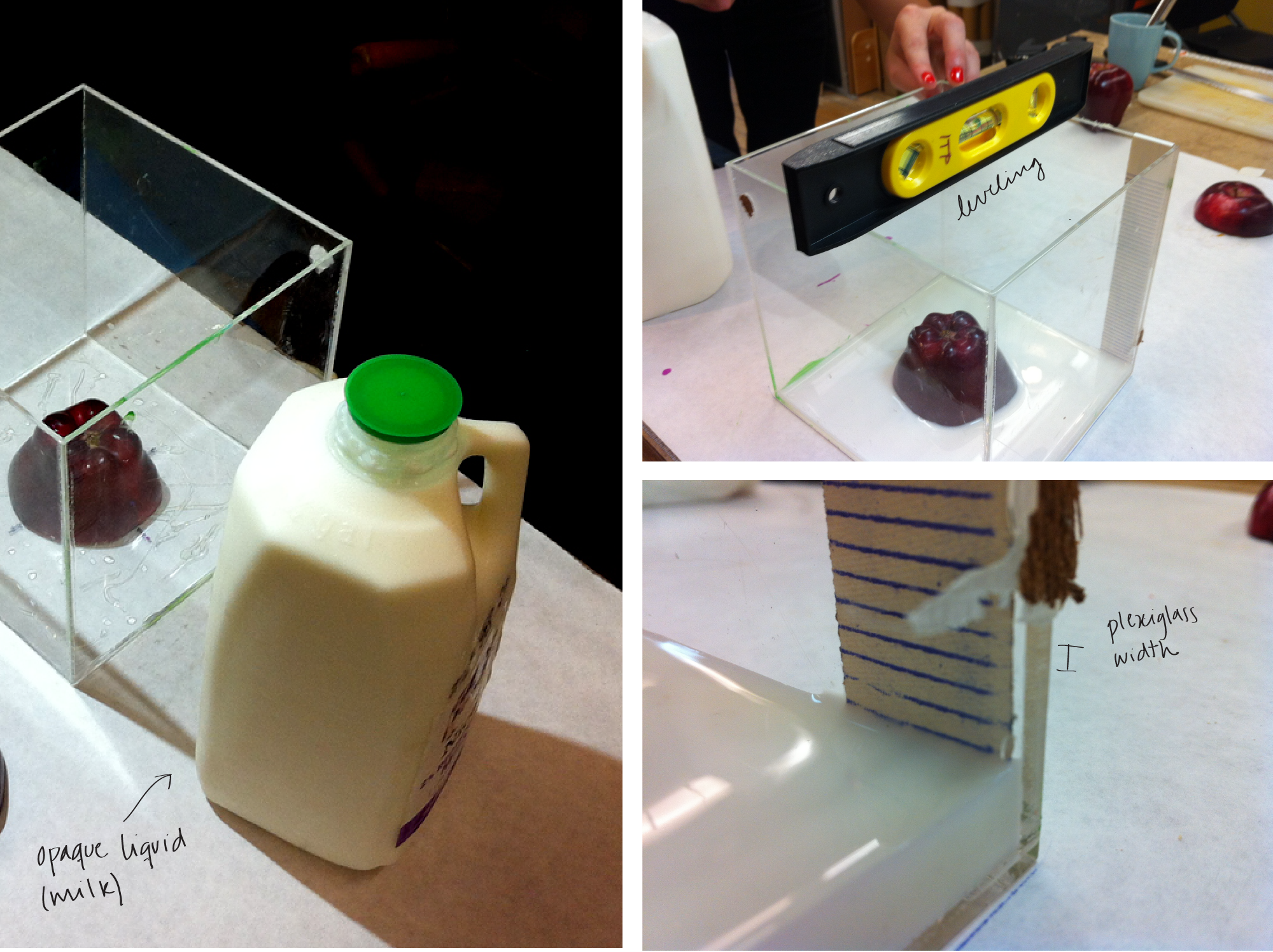 The one problem that we had –the lighter lower half of the apple started to float–, we fixed by punching metal nails into it. So the scan became quite invasive after all... 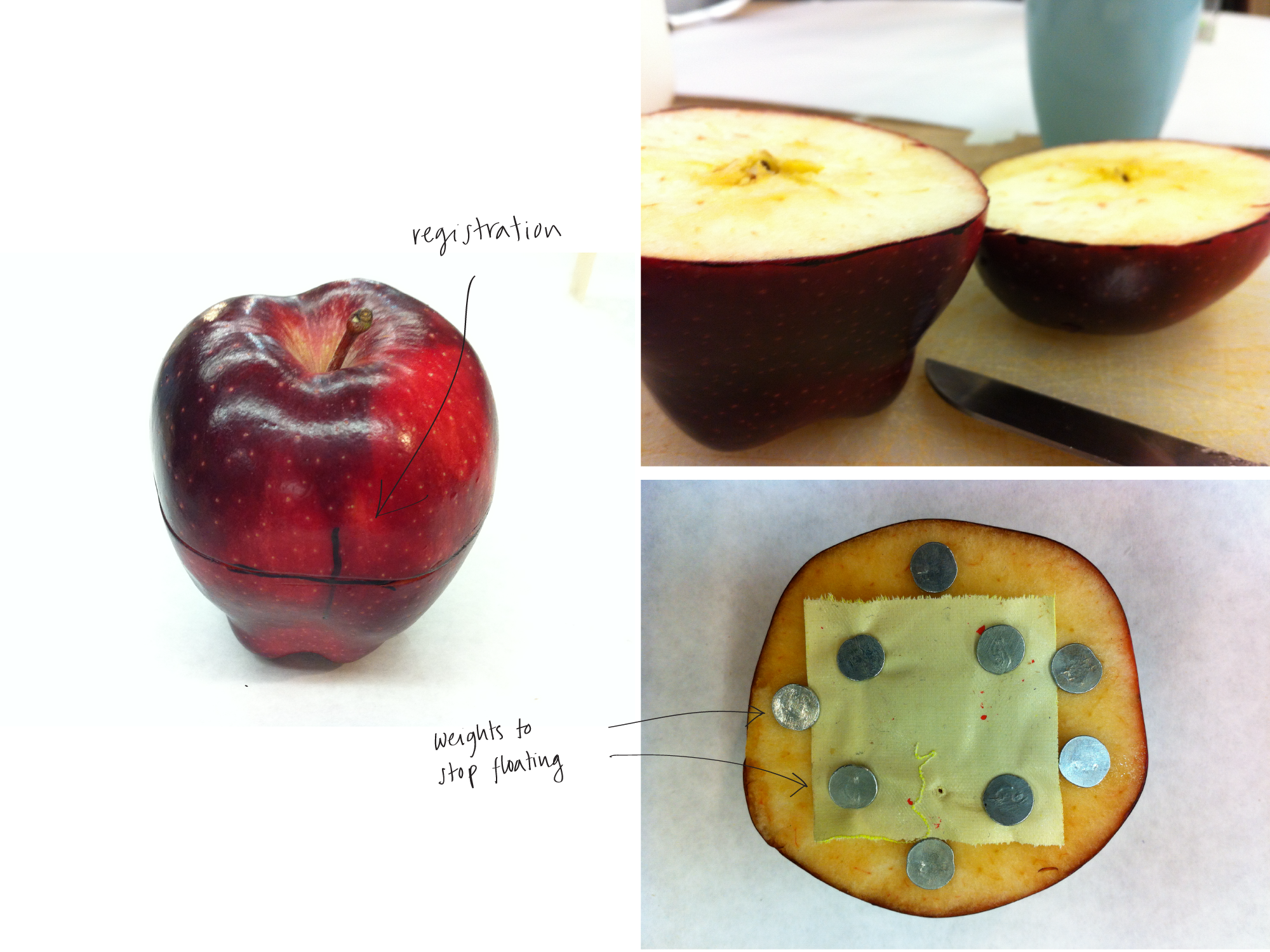 Here is a sample of the photos we took: 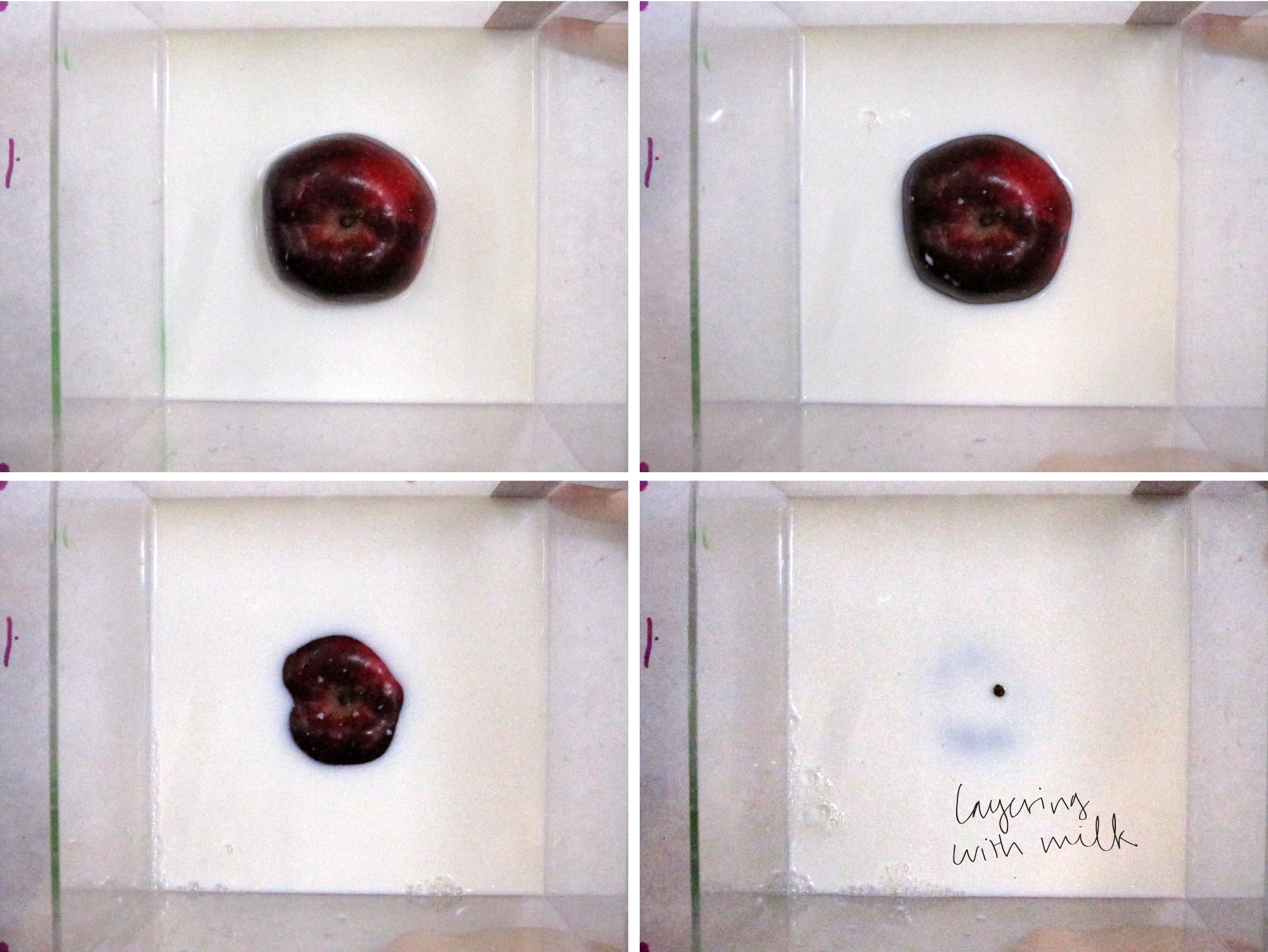 Once we had the images, we processed them to get the outlines to send to the laser cutter, but since the machine was down, we continued with our second plan. 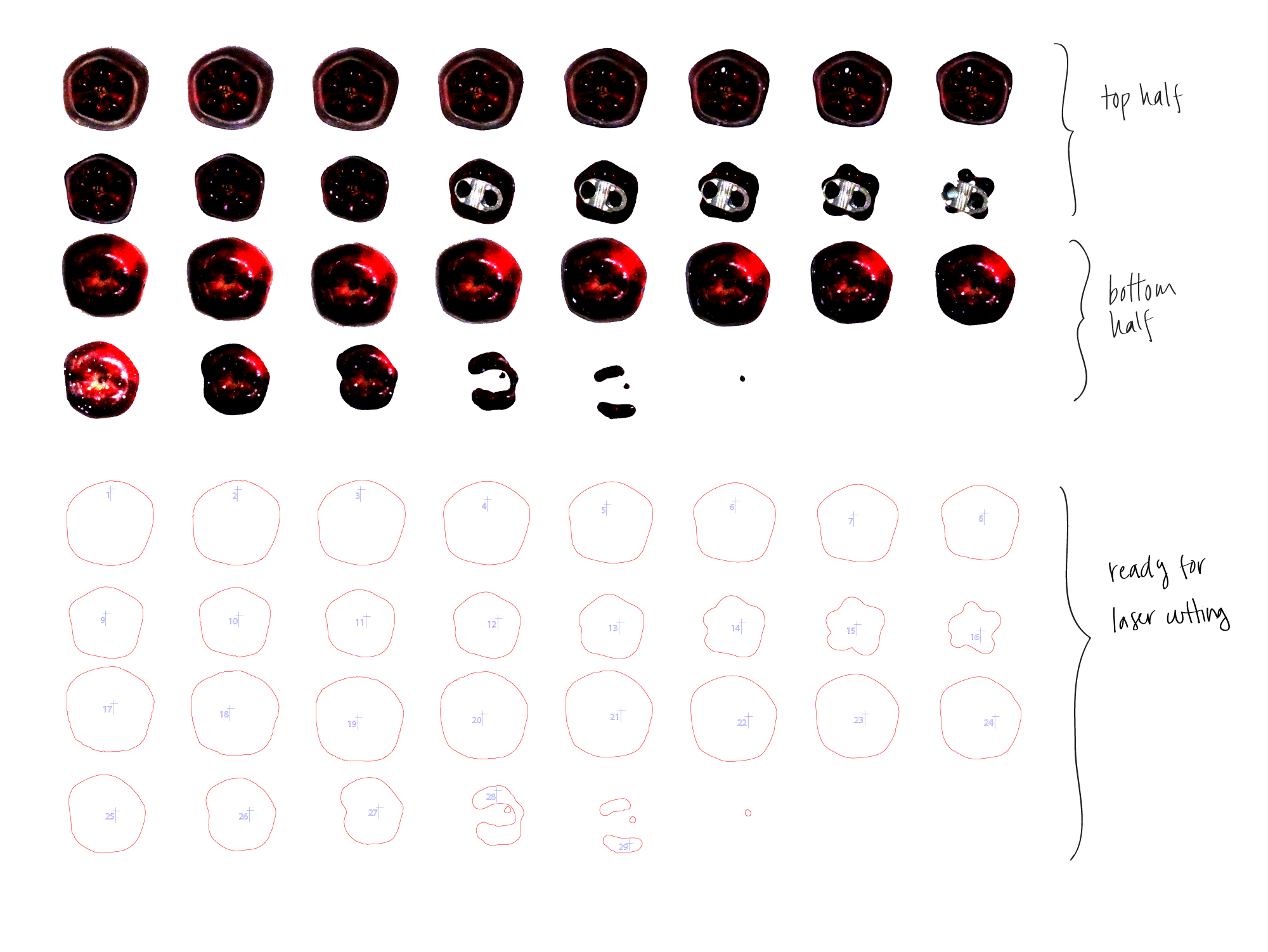 For our second scan we cut an apple in thin slices, lit from below so that the details of the texture were visible: 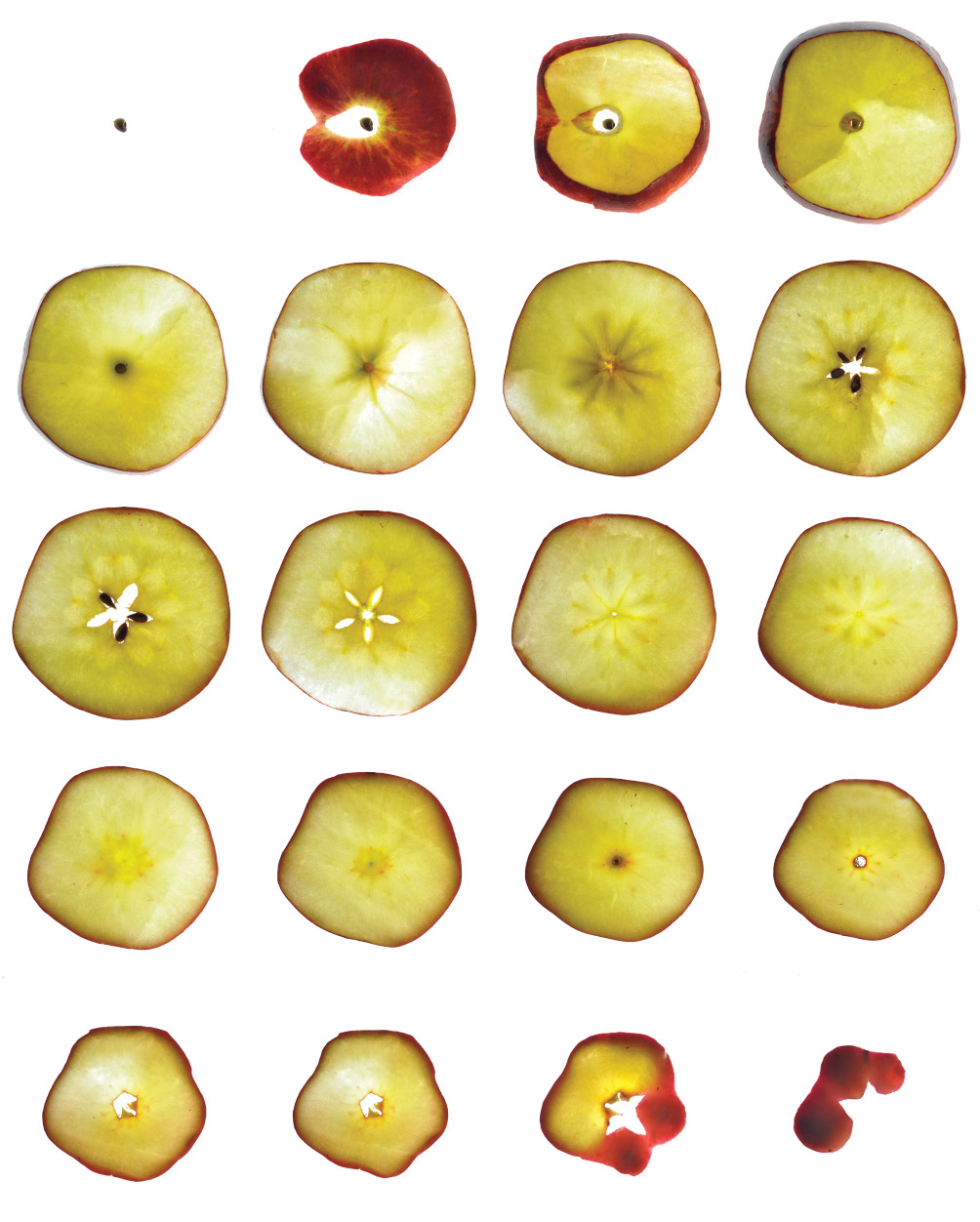 Then we created a gif animation of it:

, made a Processing sketch to reconstruct it: 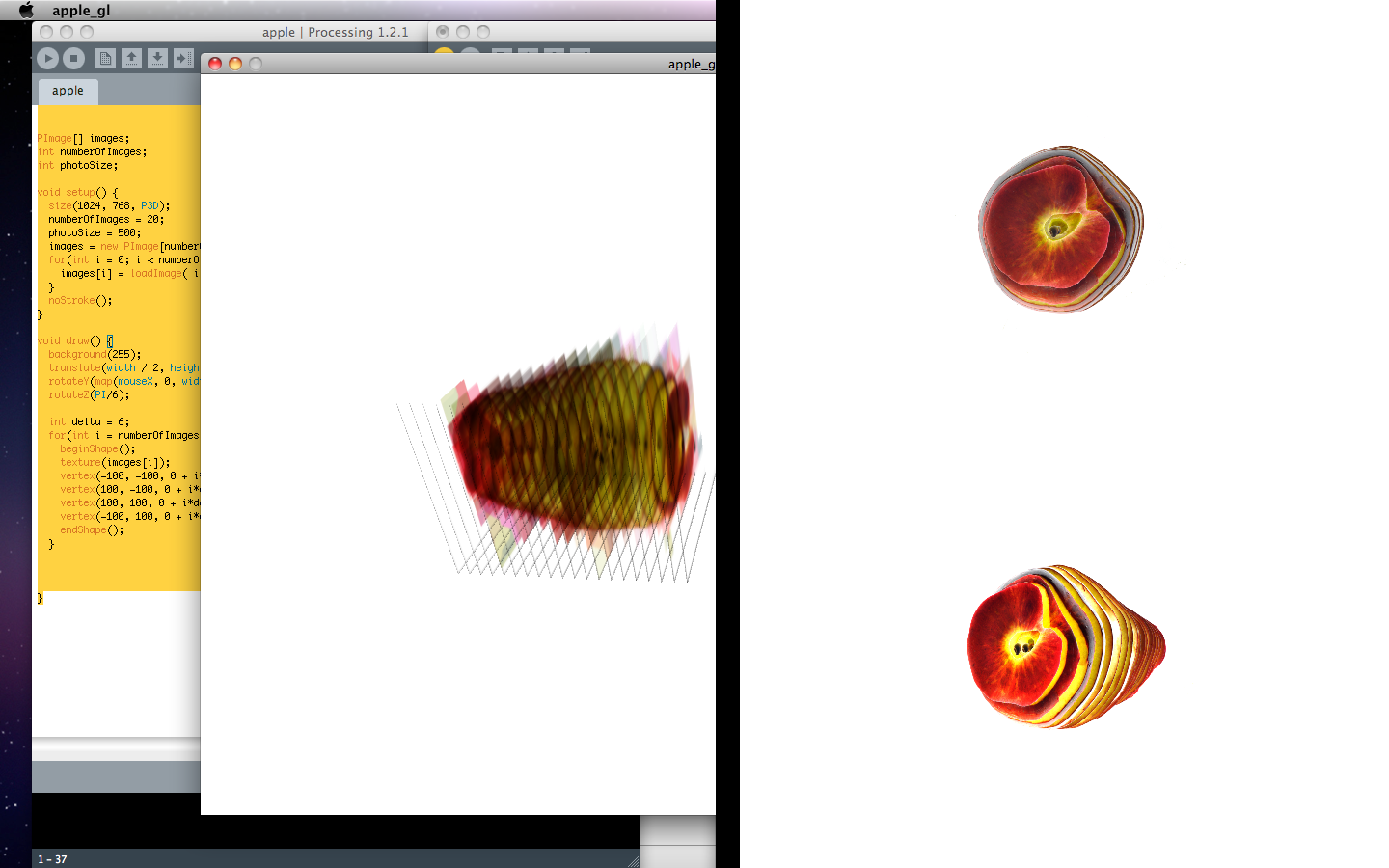