For the final project we worked with Eszter.
Our code can be downloaded from github here.

We thought it might look nice to create some branching object that traces / follows the human body and has an anthropomorphic look.

We worked a lot on it, but the outcome was not the desired at all. Although the graphics on their own look nice / interesting, the outcome is not the one we would have liked when applied to data from the kinect.

We used the limb "begin / end" locations from the skeleton to create a set of 3D paths that our branching algorithm should follow. For the path following, we used Daniel Shiffman's path following Processing example that we ported to openFrameworks in 3D instead of 2D.
Some of the results follow: 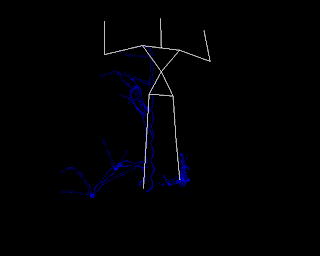 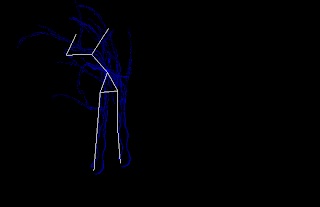 On its own, our algorithm produces a visually rich outcome and this can be seen on the following image 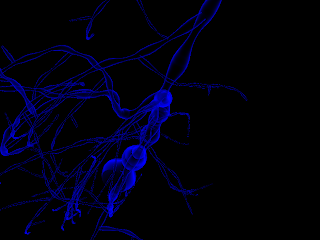